When you have a round face, and you’re looking for a perfect hairstyle, your goal is to elongate your facial bone structure. You also want to create the illusion of a few angles as well as highlight your cheekbones and jawline. But can a hairstyle do all that? Well, let’s see. Here are four best hairstyles for round faces as well as the divas from Hollywood who wore them on the red carpet for a plus of inspiration. 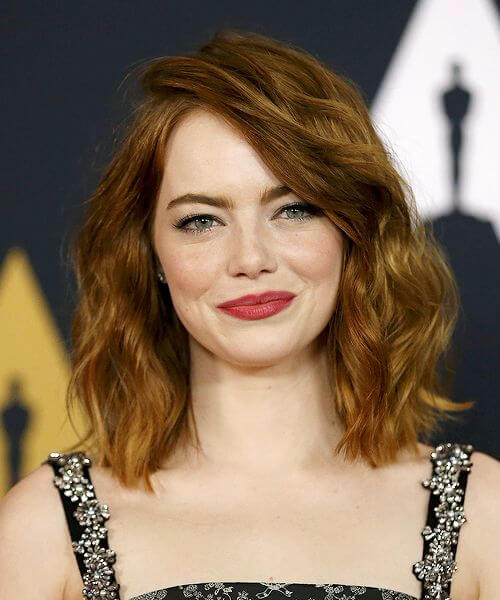 Emma Stone is a big fan of this hairstyle. We can’t really blame her because she looks amazing in it. It’s a lob or long bob that gently grazes her delicate shoulders. The tips are very choppy, making the hairstyle look shaggy and messy. It also has a bunch of textured beach waves in it which you can get right at home using your flat iron or some good, old sea salt spray.

Notice also how Emma’s eyebrow’s and hair are the same color, so as to create a continuum between the two. Now her face looks almost oval in shape, instead of round. 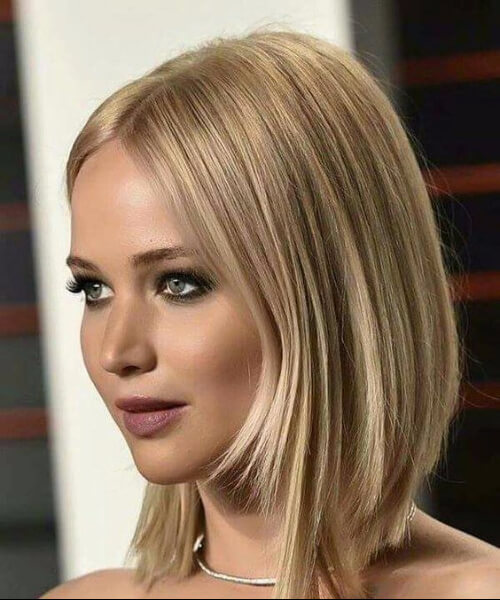 Yes, you’ve guessed it, bobs are the best hairstyles for round faces. This is actress Jennifer Lawrence sporting an asymmetrical one. Some of the strands have been cut to jaw-length, others go down to her shoulders, while more seem to go beyond that. Her hair is parted down the middle, so as to allow the bob to curtain her face properly and elongate it.

It has also been slicked down to its natural straightness, making it look sleek and effortless. We absolutely love the color of her hair, which is a gorgeous sandy blonde with a few golden streaks running through it. 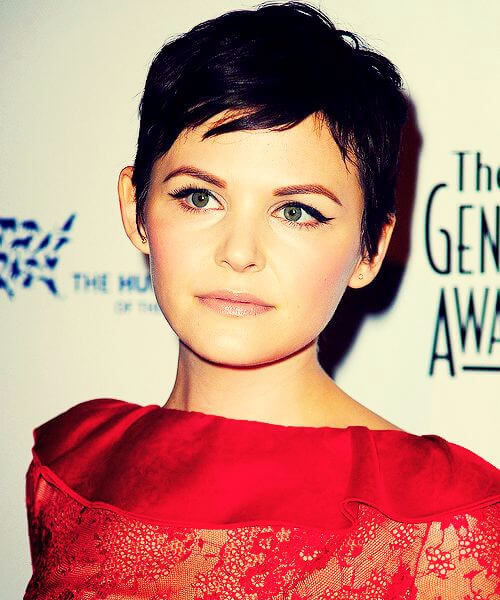 If you are not such a huge fan of bobs and wish to go in another direction, you can always opt for a sweet pixie cut. Ginnifer Goodwin has been making the case for them for years and just watch how gorgeous she looks. The combination between a childish round face and a super short, almost boyish pixie cut will give you that 60s playful vibe we all wish we had.

Look for some tips and tricks on how to do your makeup in that style and update your wardrobe as well. While you’re at it, you may as well buy some shoes. You deserve it! 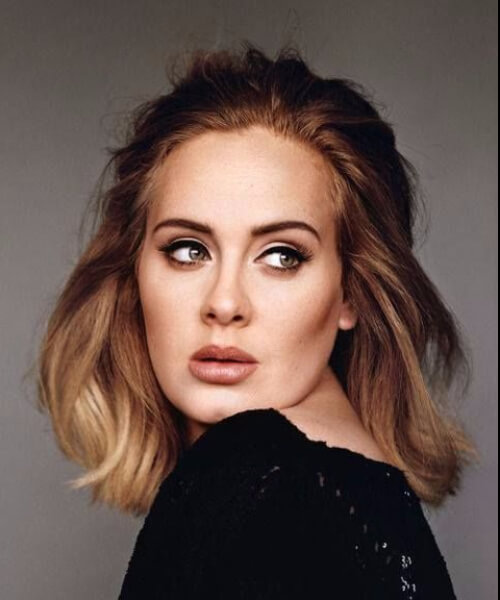 We’re back to bobs but, this time, it’s an iconic one. We’re talking about Adele’s dark caramel brown extra-long bob that she has been wearing since forever now and has become part of her image. Here’s an awesome way to style it. You can tie half of it up and use a soft brush to ruff it up a bit and make it look all messy and like you just got out of bed.

Evidently, if you want to copy the Adele look, the heavy, winged, black eyeliner is a must, as is the striking lipstick.

Here are the four best hairstyles for round faces. From Ginnifer Goodwin’s super sweet pixie cut to Adele’s iconic extra-long bob, you can look around and take your pick. Then write to us in the comment section below and let us know which one inspired you the most.