Nail Buffing: Is It Safe and How to Do It Properly 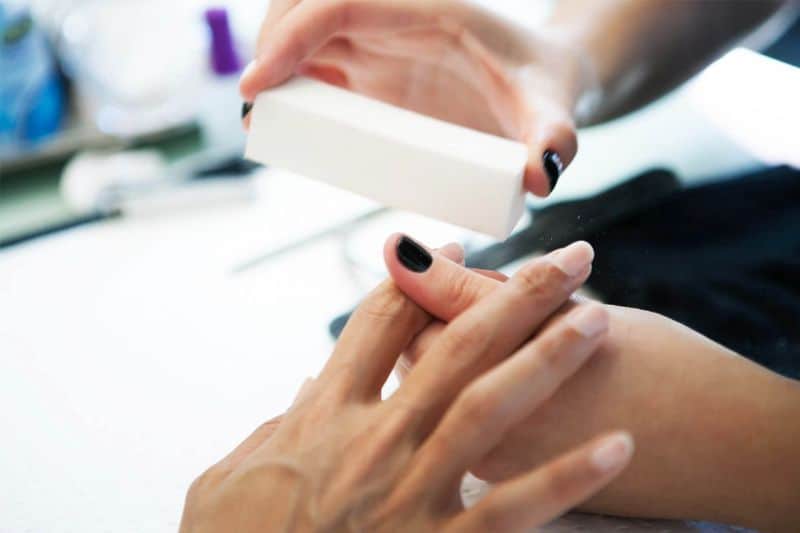 It seems that for every common nail care disaster, there are all kinds of alternatives that claim to be better than the others. In our case, some argue that nail buffing is a much more reliable solution to a lifeless, shine-less nail. At least, when compared to what most of us usually do in order to quickly give this issue a fix: applying a coating of luscious polish. Of course, nail polish is a bit controversial when you think about it. There is hardly anything natural about it, so that makes certain beauty enthusiasts seek out more ‘natural’ methods.

While there is no denying buffing is definitely more chemical-free than if nail polish were involved, the question of whether that makes it necessarily safer still remains. Your nails are frail and any wrong move could make you end up with a beauty hazard on your hands (literally).

What Is Nail Buffing and Is It Safe?

Buffing pretty much involves polishing your nails with this specific object, usually called a buffer board or a nail buffer. The marketplace offers quite a variety of nail buffers which differ in shapes and textures. You have stuff like an emery board, which is pretty close to a nail file, strips, or blocks. Out of all of them, the buffer blocks seem to be the most popular right now, mostly because they offer a better control of the process that limits the risk of damage. But we’ll get to that in a bit.

By the end of a proper buffing session, you should end up with a shine to your nails that will trick people into believing you’ve just applied a gorgeous layer of coating.

All sounds nice and well, but there are rumors floating around that buffing your nails will weaken the ‘shell’ and it will make them brittle and frail, even causing possible breakage. Ask any manicure expert and they will tell you that nail buffing is actually perfectly safe and a good way of adding sheen to your nails… as long as it’s not in excess.

How to Safely Buff Your Nails

And here is the catch. Things can definitely go wrong if you don’t know what you’re doing, but luckily you don’t need to sign up for any manicure classes to get the grasp of it. The two biggest things you can do to make sure your buffing won’t have any casualties are:

In conclusion, nail buffing is safe if you keep it in moderation and don’t use any tool that you didn’t see mentioned on this list. If you are too rough on your nails, don’t be surprised to see this whole buffing thing turn on you.