You shouldn’t ignore teeth problems and gum issues. For example, even if you spit a little blood in the sink when you brush, you should become aware of the causes as well as the risks. There are plenty of bleeding gums causes, and this problem is not a normal thing that should normally happen. Let’s see which factors might cause this condition and how to solve it.

4 Bleeding Gums Causes You Should Be Aware of

This is the first stage of every gum disease. It is one of the most frequent bleeding gums causes. If you don’t brush your teeth correctly, they will develop plaque which leads to gum infections. Gingivitis will not only make your gums bleed, but it will also make them become swollen and tender. However, you can get rid of it if you change your oral health habits. Moreover, regular dentist appointments will help you manage this problem.

Certain pills and medications might make your gums and teeth thinner. They will block your blood’s clotting process, which will lead to more frequent bleeding. Talk about all these issues with your doctor, and he/she will know how to manage the situation. No matter what you do, don’t let this unsolved or untaken care of.

When you change your flossing routine, your gums might bleed at first. There are plenty of bleeding gums causes related to flossing such as buying a thicker floss, using it more often, pressing too much and applying too much pressure on your gums while flossing, and more. On the other hand, if you use gentler moves with your floss, your gums will recover in about a week.

If you got used to softer brushing tools, a new firmer toothbrush might make your gums become more sensitive and even bleed. If this happens, try to use only soft and medium-bristled brushes. Also, this subject can be something to talk about with your dentist at your next appointment.

How to Prevent Bleeding Gums 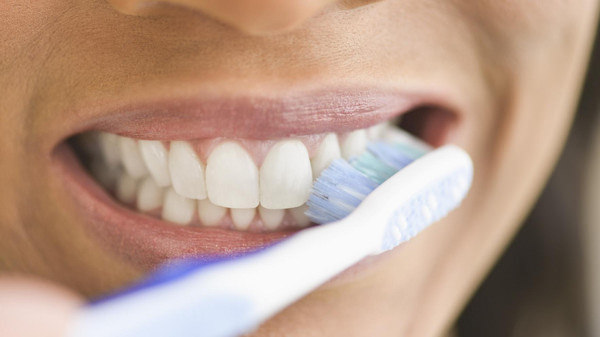 Now that you know what the bleeding gums causes are let’s take a look at how to solve this issue.

You should brush at least two times per day to maintain a good oral health. Also, flossing is something that your routine should include. However, make sure to use the proper tools. For example, if you have sensitive gums don’t use harsh brushes. Moreover, pay attention to how you floss. Don’t press until the floss snaps between your teeth. Even though you should floss and brush thoroughly, you should never use the wrong technique which might irritate your gums.

What you eat has a great impact on your oral health. Sugary foods are one of the most common bleeding gums causes. Also, those that contain a lot of carbs can damage your gums and teeth. To clean your teeth, you should eat crunchy fruits and vegetables, and commit to a nutritious diet.

1. Check the Problem with Your Dentist

You should see your dentist at least two times per year, for regular checkups. This is for when you don’t have oral health problems. Otherwise, you might have to go to your doctor more often. When it comes to bleeding gums, he/she will know exactly what solution to offer, depending on the causes of your issue.

Even though there are mild cases in which bleeding gums causes won’t affect your health, there are also some other situations that require a professional’s help. So, seek a dentist’s advice and apply our recommendations to maintain your oral health.