How To Lose More Weight With Less Effort 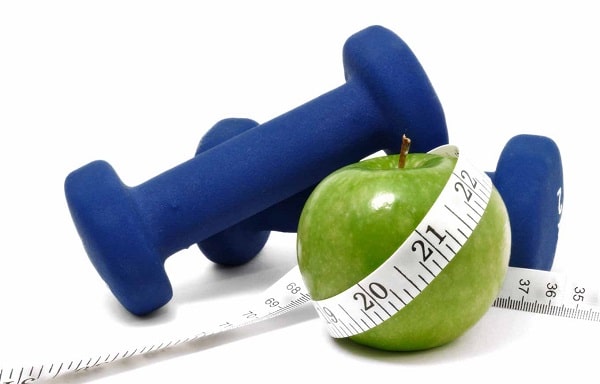 Who doesn’t want to look fit and fine? But, does the very thought of dieting and being in shape seems to be too exhaustive for you? Well, why shouldn’t it be even? It’s because, those serious morning exercise sessions at the gym, tough-to-maintain diet plans etc. make everything seems to be very tough and tedious.

However, the scenario can turn up to be quite an opposite one even! To remain healthy and be fit doesn’t require always a hell lot of tough days. It just needs you to take the rightly possible strides and stick to the same over a long time!

Want to know about some of such extremely effective but easy steps to remain lose weight? Then, here I go! Read ahead….

Decrease Your Sugar and Starch Intake

One of the vital steps to stay fit is nothing but cutting back on sugars and starch which are nothing but some bulky carbs! It’s because these hormones secrete insulin in your body and it is one of the main fat storage hormones in the body.

So, if you avoid such foods then the insulin content in your body will go down and fats will get an easy time to get out of the fat stores and the body will start burning fats instead of carbohydrates.

It is quite possible for you to lose no less than up to 10 pounds in the first week of eating in such a way.

You would be really amazed at how many calories can you actually lose if you consume while paying attention? Yes! Mindless eating is a real enemy of losing weight. Research studies from Cornell University’s Food and Brand Lab show that unconscious eating can literally let you gain some extra weight!

So, just ensure that whenever you eat then you’re sitting properly on your dining table and eating slowly rather than just rushing with a piece of burger or pizza. On doing so, you’ll definitely be more mindful of what you are eating and thus you’ll finally lose some extra pounds.

Yes! The salad comes with almost every meal but instead of munching on it at the beginning of your lunch or dinner, you can just eat it at the end to avoid the extra calories. A salad could be extremely filling and a low-calorie option. If you choose to eat it at last then your brain would get a chance to catch up with your stomach so that you can realize it keenly that you’re not that much hungry anymore as how you were when you started your meal. Just ensure that you’re avoiding the creamy and calorific dressings!

It is an already proven fact that if you lead a low-stress lifestyle then it would keep the belly fat away. Although unhealthy foods predict metabolic risks including a larger waistline, more belly fats, higher oxidative stress etc. But, the highly stressed group are more likely to face such hazardous consequences. However, people who don’t belong to the high-stress group don’t experience the same extent of negative effects even after opting for an unhealthy diet.

The potential research which was carried out at the University of Texas at Austin stated that people who drank diet soda tended to gain weight. Actually, they followed almost 474 people for almost a decade. Then, they found that those who drank diet soda had waist circumference which was 70% more compared to the people who were nondrinkers. What’s more, even people who consumed a couple of bottles of diet soda in a day were observed with a 500% increase in the waistline.

Undoubtedly, we’ve been told many times that we should drink enough water per day. But, do you know it can be even a great weight-loss aid? In a research study of Virginia Tech, it has been observed that people who opted for a low-calorie diet and drank two glasses of eight ounces of water before meals lost an average weight of about 15.5 pounds in three months. On the other hand, those who reduced their calorie-intake while not drinking such an amount of water tend to lose just 11 pounds.

If you just simply by-pass dips and dressings then you’ll very easily shave off a high amount of calories. Yes! Some frequent dabs, as well as a little here and there, will definitely jeopardize your immense efforts for weight loss. Just 3-4 tablespoons of most of the creamy dips could rack up the calorie count to more than 100 and add up 10-15 grams of your body-fat.

So, aren’t these amazing tips simple enough to follow in your daily routine? Then, what are you waiting for? Just follow these potential suggestions from my end and I can assure you that you’ll be shedding down some of those ugly bulges soon without too much of efforts.

Lowe Freya is working as a Community Manager at Dealslands.co.uk. In her leisure time, she really likes to share her views and her trips to various places.