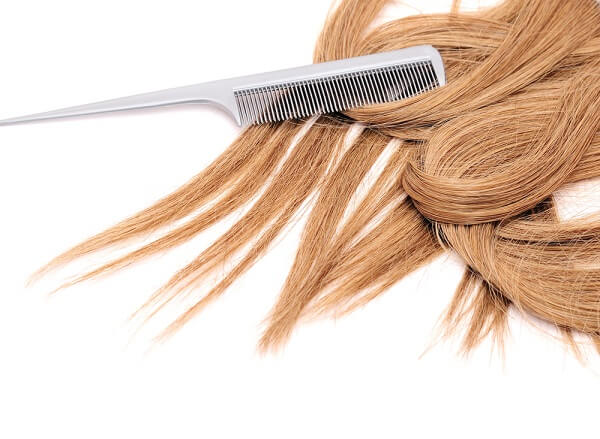 Hair extensions are a miraculous way of adding more volume, length, and even a new color to your hair without any dye involved, all in the space of a few hours. Still, the main debate is this one. Synthetic hair extensions vs human hair extensions. Which of these two should you pick for your tresses and why? We’ll weigh in for both sides.

The first criterion you must take into account is the following one. How often will you be wearing the hair extensions? If you plan on committing to the new hair for at least three months, then you might want to go for the human version. It’s a lot easier to style, it keeps better, and it doesn’t damage your own hair as much.

However, if you’re interested in a change for, let’s say, a party, then the battle of synthetic hair extensions vs human hair extensions will be won by the former. It’s simply not worth investing all that money and effort in human hair for a few hours while you go to a party.

What are you planning on doing with your hair? In other words, are you the type of girl who styles it a lot? Because that’s another criterion to consider. For example, if you know you use heat a lot when styling your hair, then you are far better off with human hair. As expected, synthetic extensions will not hold up when faced with curling irons or hair straighteners, as they will, eventually, melt.

Do you want to use them on a regular basis? Then human hair is your go-to option for this as well. The reason is that synthetic extensions are not only fake, but they look fake as well. In other words, they tend to appear shiny and are very difficult to blend in with your natural hair. Worn every day, people will notice that it’s not yours.

How big is your budget? Yes, human hair might be the best option in many of the cases, but it is also a huge spender. All stylists recommend you get the best type available on the market, which is Remy hair. Seeing as we are talking about an organic product that comes from another human being, this is not something you want to be stingy about.

If you buy the cheap version of human hair, you might end up with the kind that comes from salons. That type is usually dead and will turn very matte after the first time you wash. Once matte, you cannot use it anymore.

Do you want to dye or tone your hair? Then, once again, it’s human hair to the rescue. Synthetic hair extensions do not lend themselves to that. They will have to stay in their original color for as long as you wear them.

So, who won the battle between synthetic hair extensions vs human hair extensions? As you, probably, already deduced from our article, the winner actually depends on your needs. The ultimate decider is you, what you want, and how much money you have. Write to us in the comment section down below and let us know what you think.