Fishtail Eyebrows: Check Out One of the Latest Instagram Brow Trends 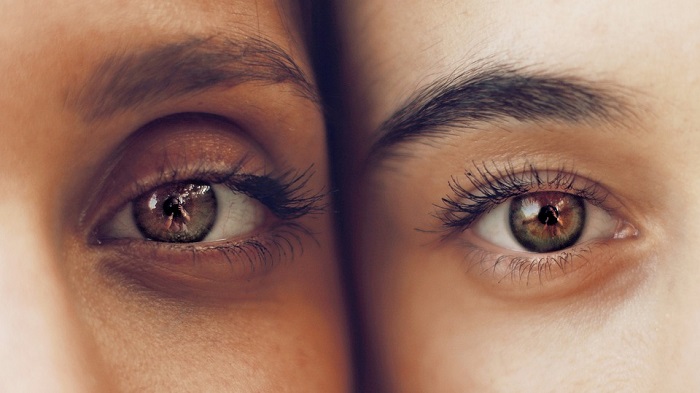 A new and seemingly unusual brow trend seems to be taking social media by storm recently: the fishtail eyebrows. As bizarre as it may sound, we shouldn’t actually act surprised because recently, we’ve been witnessing the birth and dead of many weird brow trends like the Nike brow, the zig zag brow, and the Christmas brow. However, this new one might be a little bit more special because it doesn’t actually look bad at all. It’s interesting and will surely attract some looks.

This craze about the fishtail eyebrows started when people began Photoshopping their selfies and making their brows appear split in two. The top part was flicking upwards in order to resemble the tail of a fish. However, when the trend began gaining attention, people actually began implementing it in the real life and doing everything they could to have those fishtail eyebrows. Stefan, the owner of the Instagram account called SkyzEditz is the one responsible for starting this trend. He first took a photo of beauty guru Huda Kattan, form Huda Beauty, and photoshopped the fishtail eyebrows onto her face. He even told people how he created it.

And because the Photoshop part wasn’t enough, people quickly began drawing the fishtail eyebrows themselves. However, experts are warning people to stop at drawing this unusual shape with eyebrow pencils and a bit of concealer. People should not experiment anything t drastic with their eyebrows in order to achieve this look. Eventually, this trend will pass and if you got something permanent you will surely be a bit mad at yourself.

Other than that, the fishtail eyebrows indeed look cool and like they were inspired by mermaids. Recently, a lot of tutorials appeared on YouTube teaching people how to achieve this look without much effort, and only with a bit of effort and talent. Most people usually cover part of their normal eyebrows with a bit of concealer and then start drawing that fishtail arch that goes upwards with an eyebrow pencil. The technique is quite simple once you’re getting used to it.

What are people saying?

When it comes to the popular opinion, some people love this new trend while others hate it the same way they hated all the other brow trends. Some even admitted that fishtail brows have become their guilty pleasure lately and are thinking of trying out the look themselves. There is also some negative feedback, as some people are saying this trend makes people look like little mischievous devils.

Many people out there are actually worried about these beauty trends and how important they have become for real people. While it’s something that indeed looks cool on social media platforms, going out like that might not trigger the best reactions. But in the end, every such trend came and went away at one point. At the moment, the fishtail eyebrows look cool and are the new Instagram thing. When the next one appears, we will surely let you know!

Summing it all up

So, what is your opinion on the fishtail eyebrows and the way they took social media by storm? Will you or your friends try them or are you waiting for the next big thing when it comes to brows? Let us know in the comment section below!