The Top 5 Perfumes On The Market With A Shocking Story 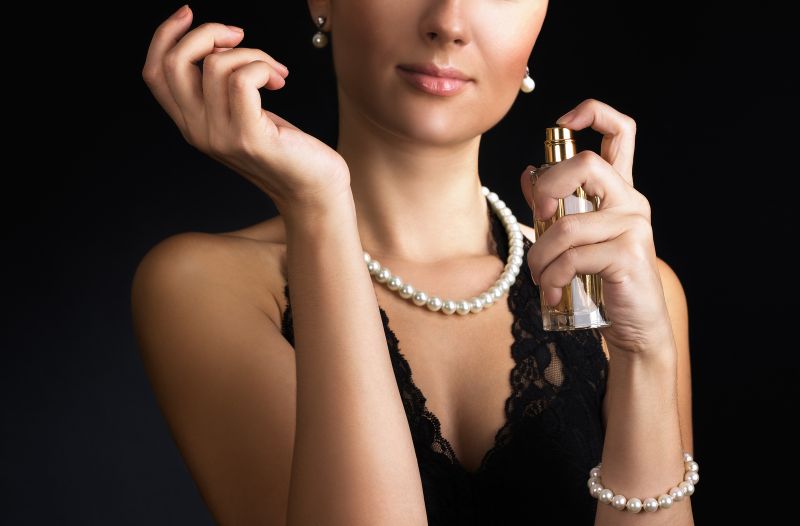 Behind every creation, there’s a tale that explains how it came to be. Unsurprisingly, there are also plenty of perfumes with a story worth sharing with generations to come. There’s intrigue, secret love stories, fascination, and plenty of other elements that could piece together a soap opera worthy of the big screens.

Whether these tales will change your perspectives of these renowned fragrances or not, they will certainly add more personality and depth to every cloud you spray onto your skin.

Top 5 Perfumes with a Story

The Story: It’s said that Ernest Daltroff, the nose behind Narcisse Noir was starstruck by dressmaker Felicie Wanpouille, hired at the time to serve as artistic designer for the company. Some say that it was from this infatuation that Caron’s breakthrough fragrance, Narcisse Noir, came to fruition in such a perfect and enthralling shape.

The Perfume: “Its originality lies in the orange note added to the flowery, fruity base that includes rose, jasmine, musk, vetiver, and sandalwood, making it sweet and fresh.” – Source

The Story: The tale’s already been told in Claude Farrčre’s novel La Bataille. It entails the story of heroine Mitsouko, trapped between the love for her husband, a Japanese admiral, and a British officer. Both men left to fight in the war between Russia and Japanese and Mitsouko await the conclusion to discover which of her loves will return to her.

The Perfume: “[…] But it also has a note of a juicy peach, which gives a clear and quite gourmand nuance. It features bergamot, peach, jasmine, may rose, spices (cinnamon), oakmoss, vetiver, and wood.” – Source

The Story: At a ball, King George V was so enthralled by the perfume donned by Princess Esterhazy that he took her straight to William Thomson and requested for her fragrance to be duplicated.

The Perfume: “The composition opens with citrus fruits and lemon blossom. The heart includes mint, orange blossom, rosemary and rose, placed at the base of musk and spices.” – Source

The Story: Guerlain’s Jicky blurs the line between legend and reality. People struggle to pinpoint just what the real story behind its creation is. Some say its name stems from Jacques Guerlain’s affection for a girl he met while in England. Others, however, pragmatically argue that its inspiration was his uncle. Coincidentally, his nickname was Jicky.

The Perfume: “The top notes contain lavender and citrus (bergamot, lemon, and mandarin), which perfectly match the cold, metallic orris and rose shaded by vetiver.” – Source

The Story: This fragrance reflects the beauty of a love story. Specifically, between Emperor Shah Jahan and his third wife Mumtaz Mahal.

The Perfume: “Top notes are orange, bergamot and lime; middle notes are rose and jasmine; base notes are vanilla, iris, and resin.” – Source

Surely there are even more perfumes with a story worth passing down generations. So many of them perhaps are still well-kept secrets. Therefore, what other legends and inspirations behind famous fragrances do you know?