A New Hair Trend that Took Off at Coachella: the Pipe Braid 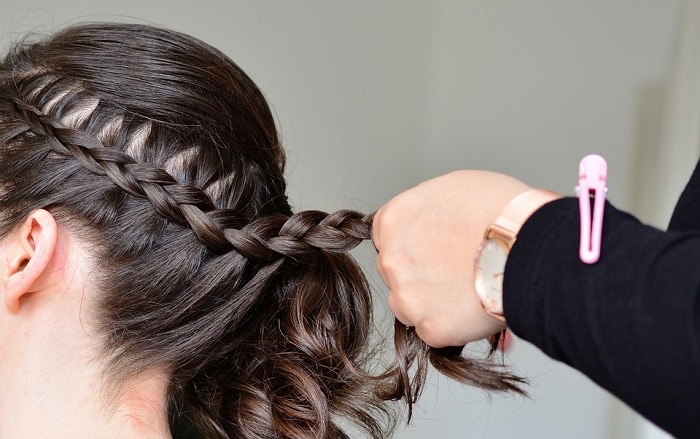 Let’s admit it. The highlights of this year’s Coachella Music Festival were undoubtedly Beyonce’s two performances. However, coming back to Earth, there have been some other interesting trends that took off at Coachella, from crazy outfits and accessories to makeup looks. We shouldn’t forget about the hair, which is always a very important part at any music festival. This year, it was time for the beautiful pipe braid that inspired everyone and became a trend, even after Coachella ended. So, here are all the details about the new trend that took off at Coachella, the pipe braid.

After Beyonce’s performances, everything else came in second. However, people were still on the hunt for new hairstyles, makeup looks, and outfits at this year’s Coachella. So, after looking at every social media platforms out there, we concluded that the pipe braid was the clear winner when it came to cool hairstyles. Now, everyone wants to try it, even if it may seem a little difficult to do. This is why we have gathered information from the woman who started it all, along with a video tutorial for you to be able to recreate this look. Enjoy!

Before getting into how you can achieve this braid, you should know that celebrity and fashion hairstylist Nicci Welsh came up with this pretty and original hairstyle. Her look was worn by almost everyone at this year’s Coachella. Yes, this rounded braid may look very difficult to do but in fact, it’s not that difficult. It just takes a little bit of practice to do it.

Most people prefer it because apart from being convenient and keeping your hair off your neck, it is a lot edgier than other traditional braids. You also see a French braid, fishtail braid, or a Dutch braid on everyone these days. It’s understandable that people want something new and different. If you are one of them, the pipe braid is a perfect choice.

It’s interesting that you can make this braid as messy or as neat as you want, and it will still look good. Everything points towards this being the hot new summer hairstyling trend that you will see everywhere. Moreover, it works for a variety of occasions and events, being the perfect alternative to that classic, everyday braid that we all know.

The famous pipe braid is actually not that difficult to achieve. However, you might need a little bit of practice before you do it perfectly. So, because we want to help you, we have prepared a video tutorial done by the woman herself, Nicci Welsh, in which she shows you how you can do this braid. It may take a while until you master this art, but it’s well worth it

Wrapping It All Up

So, what did you think about this new hair trend that took off at Coachella, the pipe braid? Do you like how it looks? Will you try to learn how to do it perfectly so that you can try it too? If yes, tell us what you think and show us your results down below!