The Truth About Drinking Apple Cider Vinegar for Skin 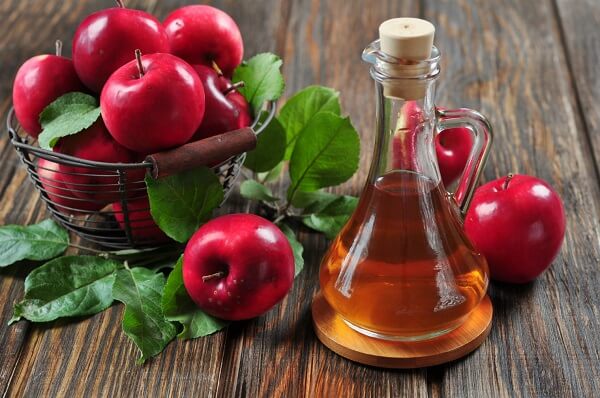 Let’s take a second and talk about fad diets and beauty habits. There are two sides to this. Some say they can be real life hacks. Like, if you put toothpaste on a zit, it will be gone by the morning. Others say that they are just that – a fad. Instead, you should rely on good hygiene and high-quality skin care products. Drinking apple cider vinegar for skin seems to fall into this category. But does it really work? Let’s find out.

The best thing you can do when reading about any new fad that appears on the internet is to go all Myth Busters on it. The reason? If you don’t do your research, you can end up seriously hurt. And, in the case of apple cider vinegar, you shouldn’t take that lightly.

All over the Internet, the liquid is viewed as some golden nectar of the gods that will instantly cure your acne problems and make you live longer in the process. But is it really the case? We need to turn to science.

First of all, one of the things that apple cider vinegar can do is reduce your insulin and blood sugar levels after you eat. This, in turn, will improve your hormonal levels and help you break out less, zit-wise. There are a few studies that do show that, it is true. However, the studies are not large or numerous enough to be considered accurate or believable.

Secondly, the acid in vinegar can and will kill bacteria which are responsible for causing your zits and eruptions. That is also true. However, just because vinegar can kill them in a test tube in the lab, that doesn’t mean that, if you drink copious amounts of the stuff, you won’t get zits anymore. Biology doesn’t work like that.

In a topical sense, vinegar can and will help treat infections. However, drinking it may not help. Also, it is very dangerous to use vinegar topically. Which brings us to some other points that we need to make and which we cannot stress enough.

Most articles you find online in the case of drinking apple cider vinegar for skin only talk about the benefits of using apple cider vinegar but not about the dangers. You should know about them because they are very high. There have been real, documented cases of people with teeth decay from drinking it every day. Remember this liquid is an acid, after all, and it will affect every single part of the body you apply it to.

There have also been cases of people injuring their esophagus after taking vinegar pills. To be honest, those were mostly citric acid, but you still need to stay away from them. The regulations are very lax, and you won’t know what’s in them.

Last, but not least, do not, whatever you do, do not apply vinegar directly to your skin and leave it there overnight or for longer periods. Being an acid, vinegar burns the skin. There have been real cases of people ending up in the ER because of this.

Therefore, what do you think about drinking apple cider vinegar for skin? Can it do everything that the internet says it will do or is it just a fad? Write to us in the comment section below and let us know if you’re a fan of science or if you believe in this ancient remedy.