Is Cosmetic Glitter Safe To Use On Your Face? 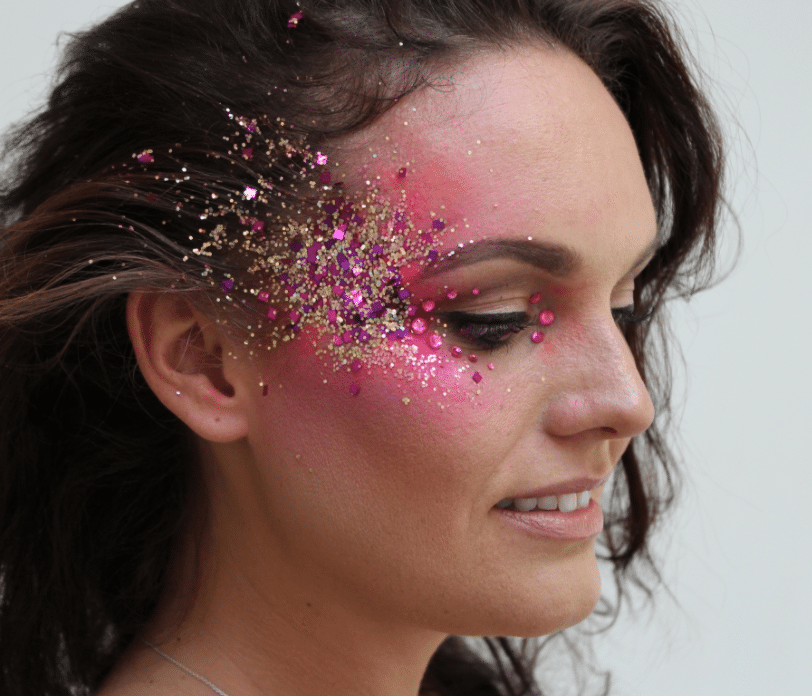 Glitter has become one of the biggest makeup trends for 2017, from festival looks to a night out on the town, people can’t seem to get enough of the stuff. There’s one thing that will be universally agreed with, and that’s the fact that glitter gets absolutely everywhere! If you’re a glitter fanatic, then expect to find it in your hair, on your clothes and even in your food. One of the biggest concerns that has recently arisen about glitter makeup, is whether it is safe to use on your skin. It is important for glitter users everywhere to have a clear distinction between cosmetic glitter and craft glitter.

Recently there has been some controversy surrounding makeup artists using craft glitter on people’s skin and eyelids and rightly so! People often argue that using craft glitter is cheaper and pretty much the same as cosmetic glitter, so why should it matter? When in reality, there is a clear distinction between the two products. Craft glitter was at one point predominantly made out of little pieces of metal, which is becoming increasingly less popular, but it still a huge risk, whereas cosmetic glitter is made out of plastic. As you can imagine, applying little bits of metal to your face and eyes can have some serious health implications. The small shards can slice your skin and seriously scratch the cornea (outer protective layer of the eyeball).

It’s becoming less common for craft companies to actually produce metal-based glitters, as it is difficult to get the varying shines and colors – instead they use poly-bonded colored products that have poly-coated dyes which can run if they come into contact with moisture. Can you imagine how painful it would be to have glitter on your eyelids and the dye running into your eyes?!

Cosmetic glitter is much more rigorously regulated than craft glitter, like any other beauty product, it is predominantly designed to be used on the skin. Cosmetic glitter’s packing standards are defined by good manufacturing procedures also, which means that it will be more sanitary. Imagine putting craft glitter on your face, only to find out that it is riddled with rust from old machinery and unsanitary packing standards! (If you haven’t guessed by now, the general consensus it ONLY use cosmetic glitter on your face and eyes – this will prevent irritation, cuts and nasty infections).

The Rise of Glitter Makeup Trends:

Glitter makeup is having something of a moment in the makeup world… and it’s fantastic. It’s said that the glitter makeup trend dates back to the Ancient Egyptians, who used mica dust as sparkly makeup and since then we have had an unwavering love and respect for the stuff. Admittedly, if you wear glitter makeup on a night out or for a special occasion, then you will be finding it for weeks after in every orifice. 90s fashion was all about the roll-on body glitter, and as we have slowly done a full circle, the 90s look is has become huge over the past, glitter has closely followed!

Chunky glitter is one of the biggest festival trends that has graced us over the passing year, and as more people are falling back in love with the trend, expect to see bolder statements being made and more creativity being thrown into the mix. If you’re not so big on putting cosmetic glitter onto your face, people are alternatively sprinkling the stuff onto their roots, hair braids and curls, to create funky and fun hairstyles!

Glitter is slowly breaking out of its festival confinements and into the everyday look, so don’t be afraid to get creative with your look and have fun with it.

Safely Using Glitter Around The Eye:

When applying glitter on your eyes, it’s important to remember that glitter should always be suspended in something – whether that be the gel, cream or primer. Without laying a base coat for the glitter to stick to, you will inevitably get the stuff in your eyes – even if you use the safe cosmetic glitter, your eyes can become sore and irritated if there is an excessive amount of glitter being sprinkled into them.

Knowing how to safely remove glitter eye makeup is equally as important as knowing how to safely apply it. Always remember that, no matter how tempting it may be, stepping into the shower or scrubbing your face isn’t good for you if your eyelids are peppered with sparkles as this can aggravate the sensitive skin around your eyes. The best way to safely and entirely remove glitter eye makeup is using an oil-based eye makeup remover and a cotton wool pad and wipe away from your eyes. This way you are preventing any of the glitter from being rubbed into your eyelids and eyeballs.

Alice Porter is an avid writer who loves sharing her knowledge on fashion and beauty.