Chi Flat Iron Review: Is this Ceramic Iron Safe to Use? 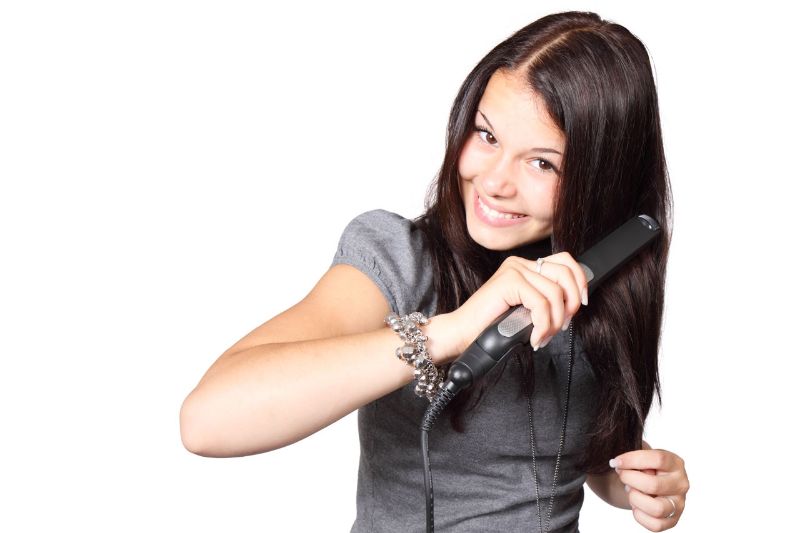 The Chi Flat Iron is a classic. It has its reputation, its fair amount of positive reviews, but it also has certain negative reviews. In fact, it might just be enough of those to make someone ponder whether it’s a purchase worth your money or not. Seeing how all of these heat-based irons may either make or break your hair, you definitely don’t want to go out on a whim and make a gamble. Therefore, let’s discover what are the pros and cons of this famous and highly debated flat iron.

Numbers make the world go round, especially you can find them on a dollar bill. That’s our really fancy way of bringing forward the financial matter. The average price of the Chi is one hundred dollars, but obviously the pricing depends on where you decide to acquire it. You might find cheaper or much more expensive versions, but generally speaking, you shouldn’t go for any variations that stray away from the average too notably.

Also, there’s the matter of its measurements. The Chi flaunts 10 x 1 ½ x 1 ½ inches and weighs around two pounds, making it just a little bit lighter than an iPad (one of the newer ones).

There are plenty of chemical and technological details we could go into over here, but for now it’s enough to say one thing. Chi uses updated technologies to ensure that the flat iron doesn’t just straighten your hair, but also keeps away frizzy strands to really give you that silky finish.

Being a clamp type, the iron is easy to maneuver and you can attempt 360 degree twists smoothly thanks to the cord which doesn’t let you tangle it in your hair.

The top temperature of the iron is a little over 350 degrees and the top technology we’ve just mentioned also allows the plates to heat up to 150 degrees in less than 10 seconds. More importantly, this temperature is pretty much perfect. It’s just enough to straighten your hair portion in one motion, but definitely not hot enough to also burn it off.

However, this is also when the biggest disadvantages intervene. For starters, the iron doesn’t have an automatic shut off feature which could constitute to a potential hazard if you’re not careful enough around it. But one of the biggest complaints customers have had has to be the complete lack of heat control. The iron only comes with one button: the one to turn it on and that’s it. In lack of any adjustable settings, you might end up with an iron that’s too hot for your hair type and there’s nothing you can do about it. You either happen to have hair that’s resilient enough or you dump it in the garbage can.

So, is the Chi Flat Iron safe? If you have thin hair, you might not be particularly fortunate. In the worst case, you’ll end up with damaged hair. In the best case, you’ll have to sweep several tens of strands off the floor.